For me, Pithiviers is one of those cities that I can hardly locate on a map, with others like Oyonnax or Mont-de-Marsan.

I have to make a stop there to prove to myself that they exist. And no matter how much you explore Wikipedia, you will not find anything remarkable about this city. Not a nuclear war, not an international treaty, not an illustrious person to turn it into Pithiviers-les-deux-Eglises.

Remains le Pithiviers, a cake that saves the face.

The Relais de la Poste is located in the central square. The menu is very classic and the cuisine follows. An honest foie gras and a calf’s head excellent. 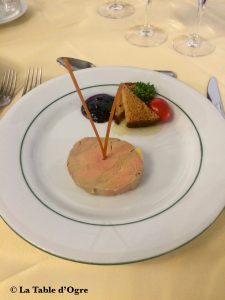 A small flaw? Yes. A sauce gribiche is made from hard boiled eggs a little overcooked so that gave a light greenish color to the sauce.

After the history class, the scientific page. This is due to the oxidation of iron in the yolk by the hydrogen sulphide released during the cooking of the white. No taste (except if the egg yolk had been really too, too cooked!) or health consequences. Simply this is not very pretty. 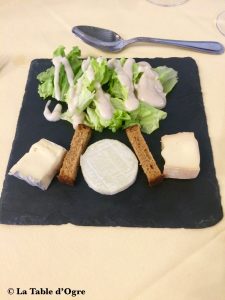 It is rather on desserts that it spoils. It’s a shame because these are the specialties of the town. The Pithiviers is served in two variations, the classic and the fondant. The classic spent a little too much time in a wet fridge. In addition, basic technical fault, there was no egg wash before cooking. In addition to being soft, the puff pastry is pale. Too bad. As for the fondant, it lacks the traditional candied fruit on the top. 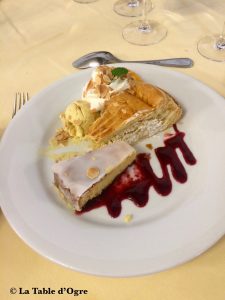 Nice service with a goodwill apprentice.


Date of the visite: 2017 June
Traditional