More than 20 years that I frequent this suburban house. The last time, it was for my birthday. And apart from its owner, Alain François who, like me, takes the weight of years, nothing has changed.

You enter here in an “old-fashioned” house in all its splendor, although some may blame it (sometimes rightly) for not having moved for too long.

And it is true that between a multiform collection of roosters whose main criterion is to represent a gallinaceous and a kitchen that used to be, one sometimes has the impression to penetrate in a spatio-temporal corridor that would not deny Captain Kirk.

Any inconvenience has its advantages, you have the opportunity to rediscover what are the real “bases” of French cuisine.

Foie gras, smoked salmon, snails, mackerel are nothing original but are good. 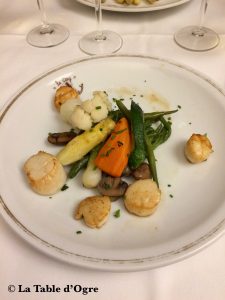 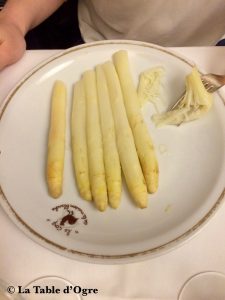 Coq au vin, calf’s head with a Gribiche sauce, veal stew or duck can be found on many cards, but rarely prepared like this one. 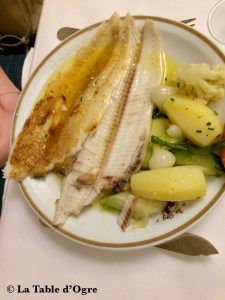 And then, there are more rare things, like a roast chicken of Bresse with chanterelles, filet mignon of deer pan fried, sauce Poivrade (that’s the real base!) Or the hare à la Royale (truffle and foie gras !).

As for desserts, the Malakoff with pink pralines is a real killer. If you recover, you will deserve your father to slap your shoulder and say, “Now you are a man, my son!”

Besides that, we can tell you that the above-named owner is sometimes rude. That is true! But if we know how to take him, you discover a generous gentleman. I do not say more, otherwise he will blush. 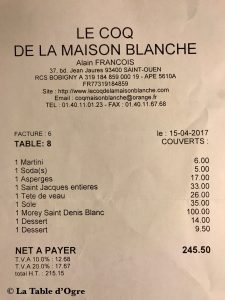