There, I was invited. It must be said that it was my birthday! For my 50 years, half a century, one of my oldest friends, press attaché, had organized a dinner. As I was treated well and that in addition, it was perfect, I will not lnit-pick, honestly, there was none.

Of course, in the meantime, many things have changed. Adrien Trouilloud is no longer there, Michel Roth came to supervise all this. It remains no less that the classics are what they are.

The first are the rustic macaroni, black truffle and duck foie gras, the inevitable entrees. Much better than those of a famous house in the Bois de Boulogne whose name is as cascading as the virtue of Offenbach’s Belle Hélène. 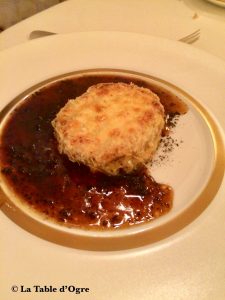 For the hardened vegetarians, the delicate pie “Elysee” with extracts of pod will delight both the taste buds and the eyes, with its worked bouquet of greenery in accompaniment.

But the piece of king (or minister) is the pigeon André Malraux. Although having undergone changes over the chefs, this bird completely boned remains emblematic of a kitchen that some described as outdated, thought dead and buried, and resuscitated in recent years.

Far from laboratory chemistry and specialized analysis, we are immersed back into a carefree, festive period. Stuffed foie gras, surrounded by rosemary, and served with thin slices of zucchini and asparagus. We regress at will.

But the sea is not neglected. Cotentin lobster is literally perfect for presentation, cooking and taste. And mention a respectable size. 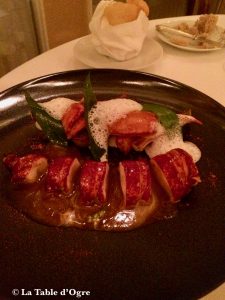 You are not still hungry. Suzette crepe made in the dining room completes the tradition in all its glory.

What to drink on all this? The establishment makes a secret of its suppliers. It is better protected than the secrets of alcoves of the former neighbor, François Hollande! The wine list, in addition to being physically unusual, offers a varied choice. We can only mention the “by” by Olivier Bernstein, a superb 2008 Gevrey Chambertin. 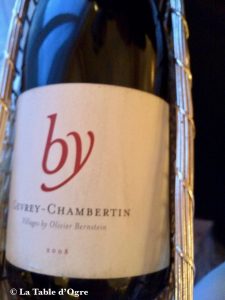 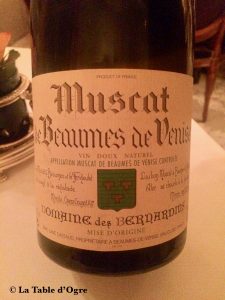 I leave you the surprise to discover in the Armagnacs. A Landais of course. And of my year of birth! 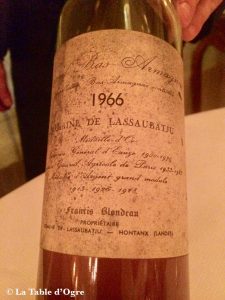 But the restaurant created by René Lasserre, it’s not just dishes, it’s an atmosphere, a lilliputian and shimmering elevator that project you into a warm room, a sunroof that has also made the place famous, an elegant but not hindered atmosphere, a an indefinable state of mind called charm.

Check: invited, I did not get killed.