The chirping of the tit

Small restaurant traditional style since it has been open for a few years only. It belongs to the same owner as the 1741, Michelin starred restaurant, which provided me with two mixed experiences. You will also find it on this blog.

The Meiselocker is a tit lover. We exchanged his statue with the Munich against the VaterRhein after the war. Obviously, I’m talking about the Great War and not the Munichers of 38. 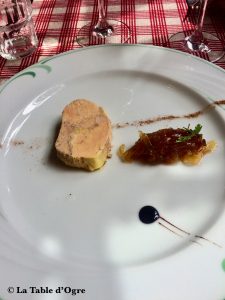 Only the cake we call “beggar” in french is a true “choking Christian”. To avoid. Remember the name of my blog. If I stall, there is a reason!

It’s a shame to have the huge VMC pipe running through the ceiling of the room.

A little more effort and we will go from chirping of the tit to true singing.