The name of this establishment is in the approximate. Even if it is not by comparative pretension but for historical reasons (related to the name of the former owner) that his name is phonetically very close to that of Guy Martin “Grand Véfour“.

So the plate is also in the same vein. You don’t judge a book on its cover.

The decor is modern and without much interest. The usual purplish fashion, a wooden table, a nice towel ring. 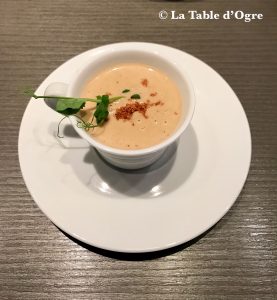 The scallops are absolutely perfect. Respectable size, we feel a good supplier and a beautiful origin. The base of peas is absolutely not floury. Snacking à la plancha is perfect.

Well, now we’re going home. No ? Why ? Because there, honestly better to stop.

The following brill fillet is neither done nor to be done. It has a good minute of cooking too much, badly unsatisfied, topped with some mussels that provide no finesse to the dish. The creamy white wine juice is too potent on the fish. 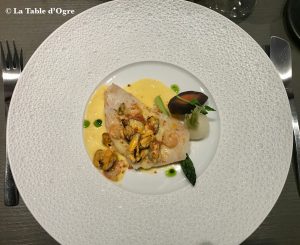 The fillet of red drum saves nothing. Three minutes should have been subtracted. And the shellfish sauce is a disaster. If the photos give you the impression of a bisque out of his box and reassembled cream, texture is worse since floury and banal taste. 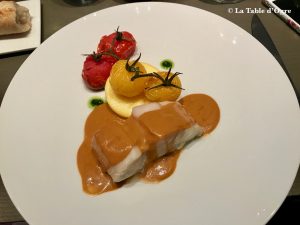 Contrary to the promise of the menu, the polenta is not grilled but simply heated. Tomatoes are tomatoes …

As for the pigeon, it is grasping at straws. If the fillet is perfectly medium rear and tasty, it looks like the confit leg has undergone the “faisandage” (maturation) treatment. It melts in the mouth but has a pronounced strength that used to be. Although I am fond of hunting cooking, my taste buds have a little revolt. For the form, I recognize the old-fashioned cut that leaves the central claw. What make vomiting some Anglo-Saxon tourists but I like. 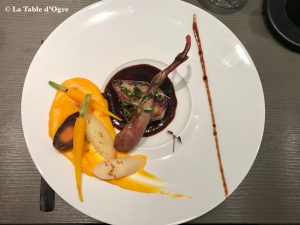 As often, dessert is the poor sibling. So I will not say anything.

If only the tiles are overcooked. Inedible because caramelized sugar has a bitter taste. 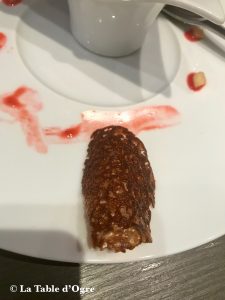 Still happy that the advice of the wine was judicious, while directing us towards a Saint-Joseph Louis Cheze, Ro-Rée, extremely well worked, very flourished in spite of his young age.

To conclude, a couple who has been at the helm for 18 years, Michelle and Bruno Faonio, who expresses clearly in the discussion a form of weariness, and who transmits it, most certainly involuntarily, to their plates. 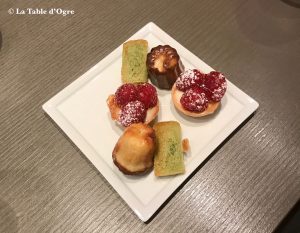 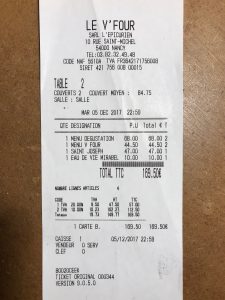