Some wind in the sail.

In Deauville, my great anguish is to fall on the restaurant “swank” in which you are “seasoned” under various pretexts like passing celebrities, flashing lights, impressive cars parked in facade and customers fighting over arguments such as “I have one bigger than yours” (boat, of course).

This restaurant has yielded on one point, it has a counter that “shines like a brothel mirror” (Person / Jack Beauregard).

Frédéric Lesieur is making a good blend of land and sea with original scallops on red wine sauce and bacon. 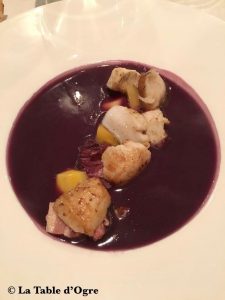 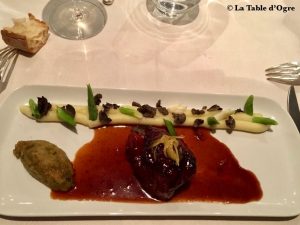 The turbot would have deserved a hint of cooking less. And I would have liked not to have the queue but a central trunk. 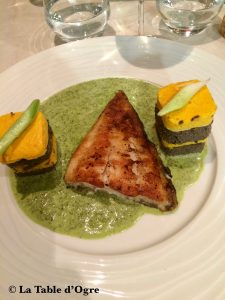 The vegetables mousseline and mushroom duxelles that accompanies is of good quality and the putting up work well done. But we must recognize that the high turrets format is not very elegant.

We end more than good with desserts since the House has a pastry chef, Cyrille Grault, and that is noticeable. By the way, I took two! A balanced Paris-Brest, a soft melted cream and a slightly crunchy choux pastry and after, a superb red fruity dessert for both eyes and taste buds. 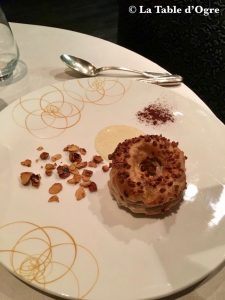 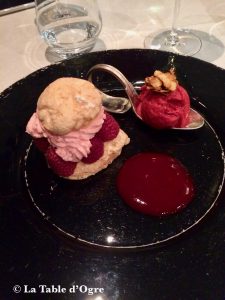 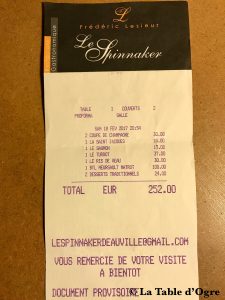 
Date of the visite: 2017 February
West-France