The check distinguishes it self

Second visit for this restaurant which has some claims to stand out in the central square of Porquerolles. But the only thing really remarkable is the presence of our former president who is recovering in the company of Gerard Jugnot of his forced retirement.

All this for an addition that has absorbed local sea spray.

The fish soup is good.

The octopus carpaccio is a bit commonplace and the lobster ravioli have both an aspect and a consistency a little pasty. 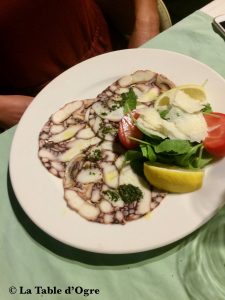 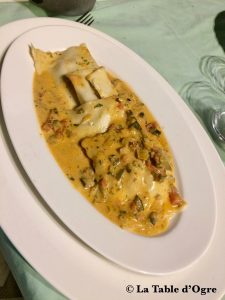 It remains the rum baba which can not stand the comparison with the neighboring house, better and cheaper . 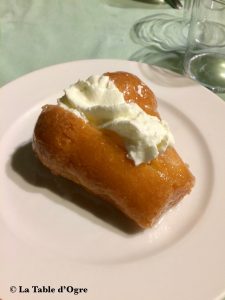 As for wine, the strange label is due to someone known, it seems. Better for him because anybody who fixed flippers to a skull would probably be directed to a specialized service. The reference obviously increases the rights on the bottle which thus reaches completely undeserved rates. 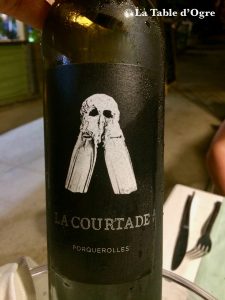 If the passage of 2016 had left me a good memory, that of 2017 makes me hesitate to repeat the experience in 2018. Perhaps I will sacrifice myself for you. 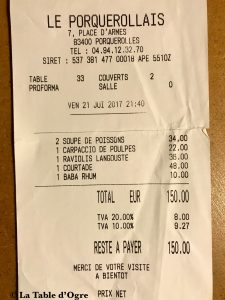