First visit in 2015 that amazed me mainly by the more than succulent milk rice. The rest of the dishes were quite standard for a restaurant doing in the fresh produce. For this second passage, we were four, which allowed me to test for you several dishes. 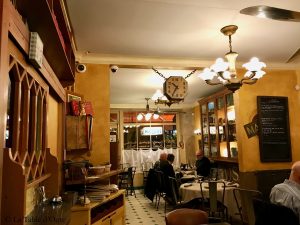 Two interesting appetizers with fried chanterelles and poached egg as well as the pig’s head and its ravigote sauce. The poultry ballotine excites a little less taste buds. 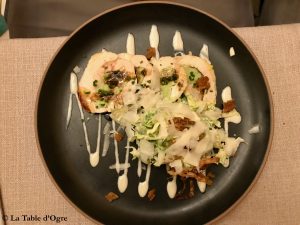 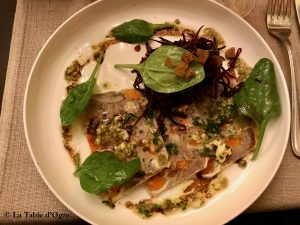 The piece of pollock, with its “big pellets” in squid ink, distance the cod, his parsnip “boulangère” (a type of cooking) and hazel emulsion. Moreover, a “boulangère” potatoes being cooked with broth, accompanied by onions and sometimes bacon and baked, this variation with parsnips does not seem to fulfill many of the conditions of the term “boulangère”. But it’s true that a name like this is pretty in the scene.

Often having flair, I chose the partridge for my main course. Good cooking, juice that could be a little more full-bodied. I found two pellets that prove at least that the beast was not slaughtered in a factory!

The big disappointment came from rice pudding so I had a great souvenir. Tonight? Nothing! Without interest. 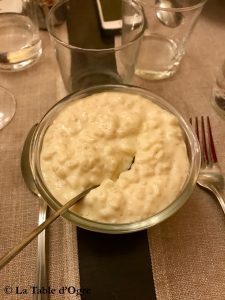 Fortunately my diabetic better half had only scratched the roasted figs with red wine. It reassured me of this annoyance.

Nice wine list at all rates. However, the glass of Menetou Salon asked for dessert was almost frozen. Unlike the partridge, it’s a shame to kill a pretty thing this way. 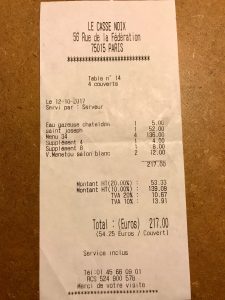 
Date of the visite: 2017 October
Hunting