I went to this restaurant twice in 2016 and once in 2017. If we feel that the chef knows his work we can regret a significant decline in the quality. The cooking has a smell of France embellished with local elements. For 2016, scallops with perfect cooking. Perfect Gambas of Madagascar too. 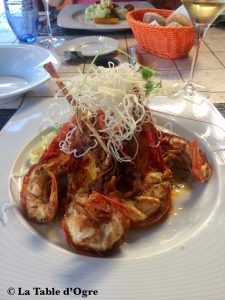 Mikados of Nutella were priceless! Good plates decoration. A tiny mistake: the appetizers. The oyster sauce had remained 30 seconds under the salamander and had begun to untie. For 2017, it’s the fall. The appetizer of scrambled eggs and the gratin of palm kernel are commonplace. 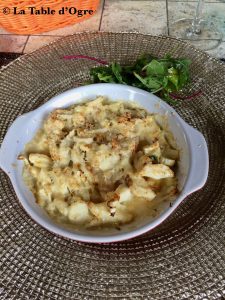 Veal sweetbreads barely honest for the price and half-cooked tuna does not have a crust but a cover, What do I say, a shroud, of pepper! And accompanied by a puree a little hefty. 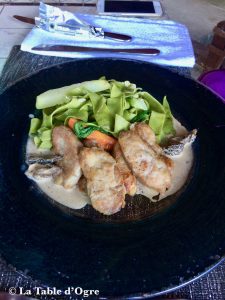 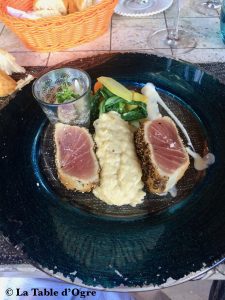 For the mikados of Nutella, photos in support, they went from 5 to 3 (every penny counts) and feel the fat. 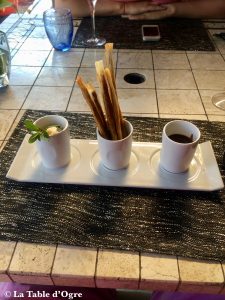 And a poorly proportioned sanitary facility for the hotel that is two to three times a week, a dump truck parked in front of the hotel (unfortunately located in a small street) to purge the septic tank. Greatly never during meals! But it’s not very attractive when you go to the beach.
If in 2016, I considered that the addition was justified because there was work, there was no frozen, that the plates, cutlery, tables and chairs are of quality, today I can only note a a noticeable decrease that does not make me recommend this table anymore.